The story of the Fjällräven Kånken, is as classic a design story as they come. Åke Nordin saw a problem and he designed a simple solution. In the late 1970s, 80% of Swedes were suffering from back pain, and those suffering were getting younger and younger. As shoulder bags were in fashion at the time they were blamed by school medical officers for causing this discomfort, because of how they distributed weight unevenly over the body. So Åke Nordin decided to design a solution.

His solution was a backpack which would distribute the weight of school books and packed lunches across both shoulders, instead of just one. With this idea in mind, Nordin began his work by taking 2 A4 ring binders, the most commonly carried item in a school child’s bag, and designing around it. Once he had the basis of the shape, Nordin created his bags out of the durable Vinylon F fabric. He chose Vinylon F not only because it is hard wearing but because the fibres swell when wet, like many natural fibres do, meaning that when it rains that the Kånken is so waterproof that you can often see a small puddle forming on the top of its flat top. Other additions to the bag included a foam insert that acted as padding for the back and could be removed to be used as a picnic seat, a newspaper pocket to organise papers, a zippable front pocket, short top handles that can be poppered together to hold a rolled jacket on top of the bag, and the now iconic round reflective patch with the company’s logo.

With the help of the Swedish Guide and Scout Association, Nordin launched the Kånken right on time for the beginning of the school year in 1978. Nordin had hoped to sell 200 bags in that first year, he quickly sold double that figure as it did exactly what it was designed to do and reduced back pain and improved posture in its wearers. As well as school children, the elderly were also big fans of the Kånken, as they soon realised that the backpack’s design allowed them to carry their shopping whilst keeping their hands free to hold a walking cane.

Today, over 200,000 Kånkens are made a year, following that original design almost identically. After a lull in sales in the 90s, their rectangular shape and bright colours came back into fashion a few years ago. Their fans cite their Mary Poppins-like ability to hold everything they need without ever being heavy as the main reason for their enduring popularity. The backpacks are also popular with travellers who appreciate the bags waterproofness, added features, and the fact that, even when full, it can be slide underneath an aeroplane seat meaning it’s ideal for travelling light. Nordin’s initial decision to base the size of his bag around his customers’ actual needs, to carry an A4 file, has stood his design in good stead and means it has remained just right almost 40 years on. 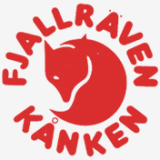